Anatomy of this Year’s CXC Poster

Is the Cover of Detective Comics #1029 Derived from a Series of Fan Commissions?

I may be wrong–and please correct me in the comments if I am–but I believe this recent cover, the cover for Detective Comics #1029, is the first time a fan commission has (kind of) made it to the cover of an actual, published Marvel or DC book. 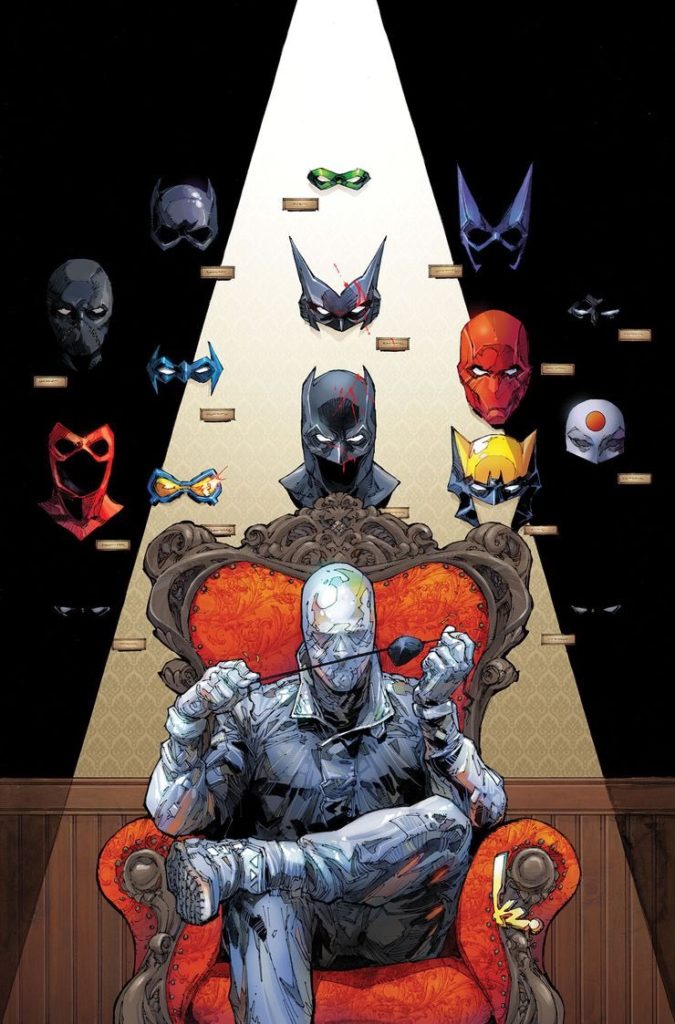 So, re. “kind of,” some caveats: first, the cover itself isn’t a fan commission, but the basic premise–a villain seated in front of a “trophy wall” of his vanquished adversaries–is. And that basic setup isn’t just from a single fan commissioned piece, it’s derived from a well-known original comics art collector’s very impressive themed collection of “trophy wall” commissions.

The other caveat: yeah, it’s possible this is a total coincidence… but that seems unlikely.

So, what about this themed collection? The owner and instigator of this collection is Chris C (I know his last name, but that’s how he appears on ComicArtFans.com, so that’s how I’ll refer to him) and you can see the very first such commission–by none other than Brian Bolland–from 2005 here on his ComicArtFans page. 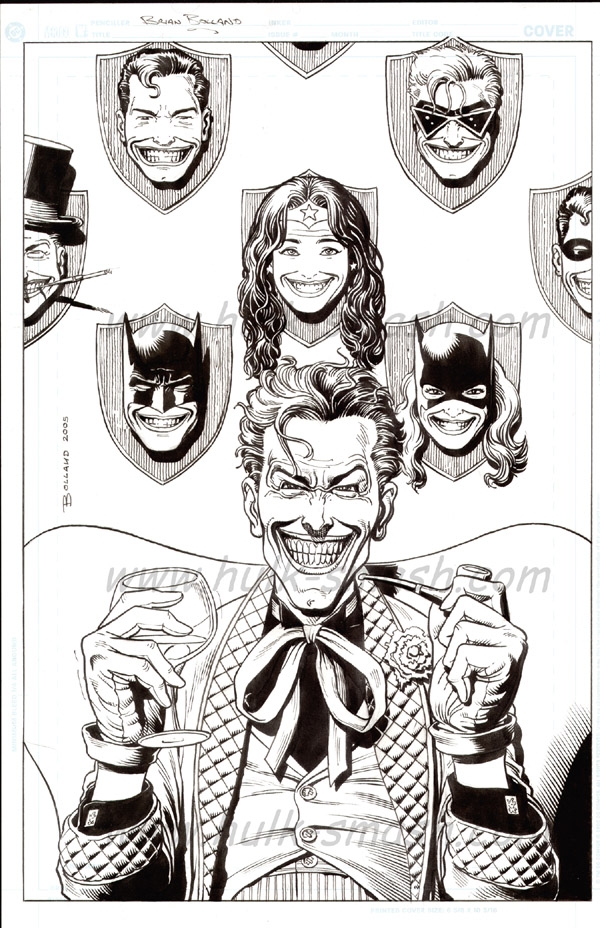 From the description on the page, it sounds like Chris came up with the idea and submitted it to Bolland along with a bunch of other possibilities, but that it was Bolland who ultimately chose the trophy wall premise from among those submitted.

I gave Brian a host of ideas for this piece and he picked the most “out-there” and graphic of them all. I was concerned that he would think it too macabre but he took to it like a fish to water. When you have a living legend of an artist who gets excited about a piece he is working on this is what you get….I am beside myself.

A Bolland original is amazing enough in its own right, but Chris C then apparently began commissioning pieces with the same basic setup from tons of artists. If you go to Chris’s ComicArtFans main page and scroll down to the bottom you’ll see that he’s currently got six pages full of them! It looks like there are about a hundred currently listed. 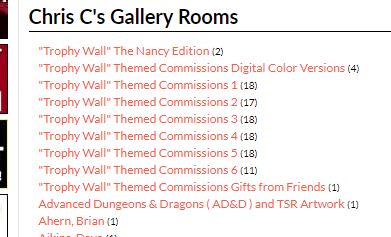 Chris has even purchased an original Ernie Bushmiller Nancy strip that features an a trophy wall gag:

Interestingly, the cover artist for Detective #1029, Kenneth Rocafort, doesn’t appear in Chris’s list of trophy wall commissions. I wondered if maybe he’d done one for Chris and then reused the concept for the Detective cover.

Back to the Joker commission… if it seems vaguely familiar to you, it might be from seeing this amazing cosplay of the image that was making the rounds a few years back. That’s all the same guy, just photo-collaged together. (I have no idea who colored the original commission image on the right or where that came from.) 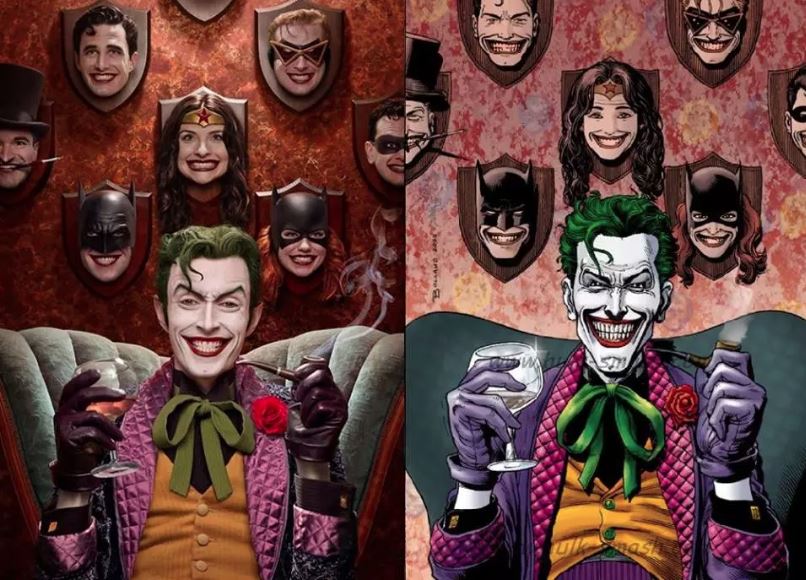 You may be wondering: why the heck do I know all this back-story about trophy wall commissions, etc.? Well, it’s because I’ve done one. Here’s mine. The artists are given some leeway in their choice of villains to focus on and if I’m remembering correctly, I started off trying to work up an image with The Owl, who’s one of my fave Marvel villains. For reasons that I can’t remember now, that didn’t work out, so I went with another personal fave: Dr. Octopus! 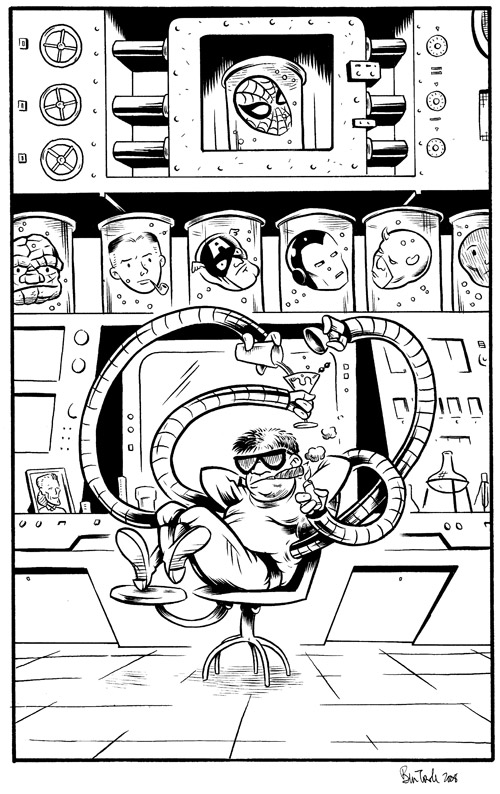 And you may notice, true believer, that Doc Ock’s still got a thing for Aunt May. 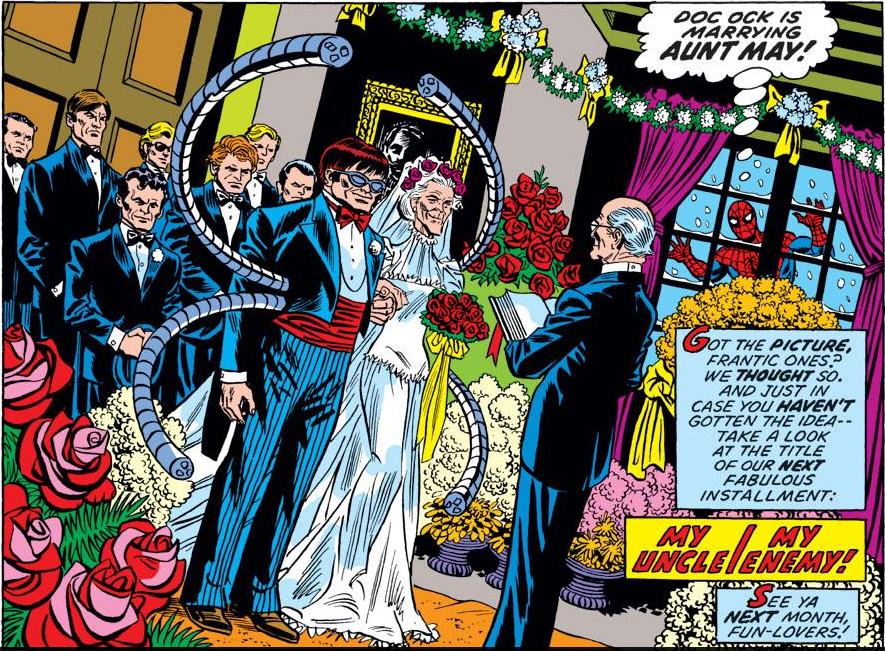 (The perspective on that framed picture is wrong and it’s bugged me for twelve years!)

As for how Chris C’s venerable “trophy wall” theme made it to the cover of a major DC title: my guess would be via the fairly well-known Bolland piece, but who knows exactly?

Twitter user Ken Raining pointed out that a somewhat similar premise had been used by John Byrne for a cover of Namor The Submariner… in 1990! This is, though, to my mind only really a surface similarity. The villain here is The Headhunter and the heads here not heroes that are her now-slain adversaries, but just regular ol’ victims–and actually alive with just their heads protruding through the wall apparently. Obviously, we’ve also not got the trademark casually-seated-in-a-chair pose. I’d personally chalk this one up to coincidence rather than there being any real connection between this cover and the Bolland piece that latter appears. Still, though, maybe it’s possible that Chris or Bolland had seen this and it was in the back of their minds when the original commission came together. 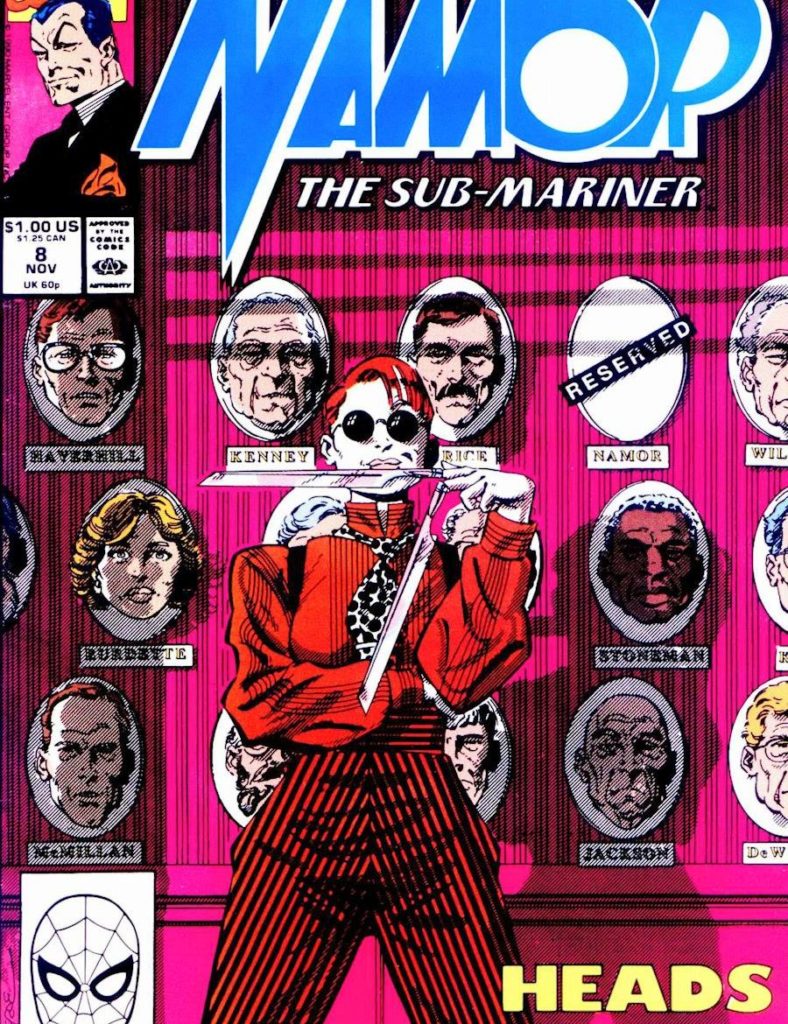 (And is that Craftint on that Byrne cover? Be still, my heart!)

Joe Grunewald (of The Beat) has made me aware of this interesting tidbit, that’d I’d never heard about before. (Surprising, since I’m a tremendous Walter Simonson fan!). Apparently the cover to Batman #366 was originally a piece that Walter Simonson had done as a sort of thank-you gift, but which wound up being used as a cover at the insistence of editor Len Wein back in 1984. So, not exactly a fan commission, if we want to get nit-pickey, but definitely an earlier instance of something pretty similar to the “trophy wall” scenario. You can read more about it here.

Here’s the original piece and the cover as it appeared: 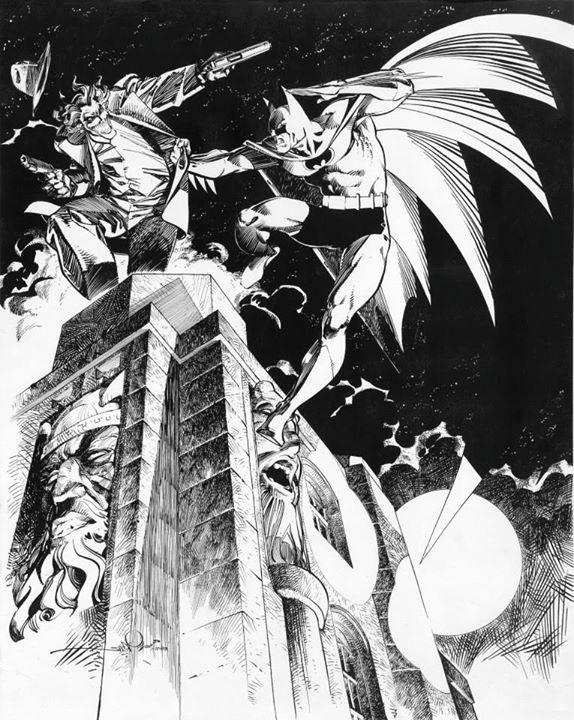 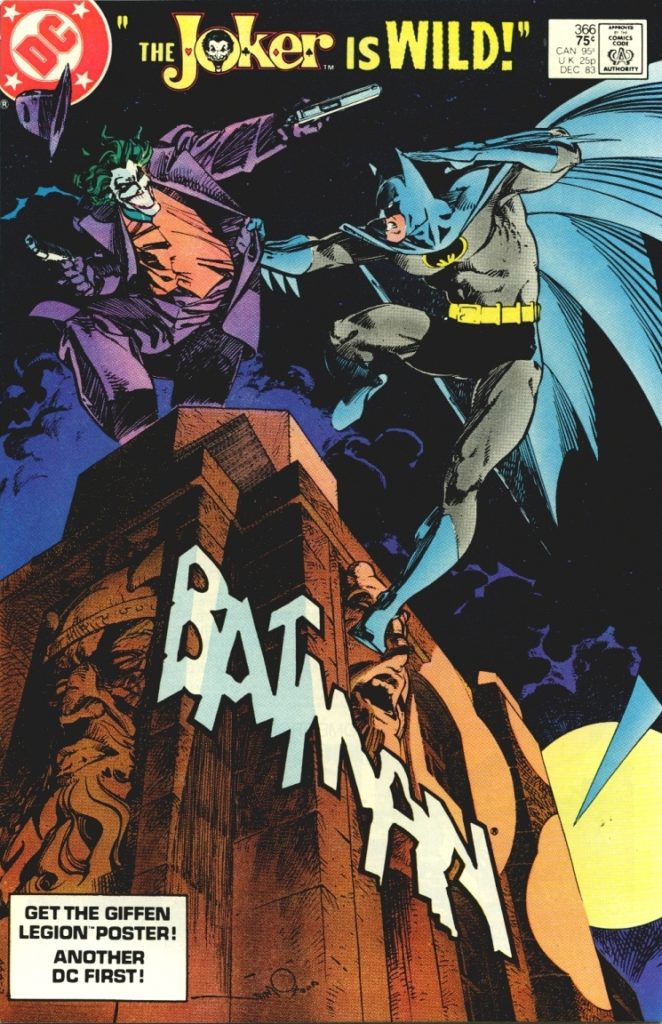