My Next Book: Four Fisted Tales: Animals in Combat

Exhibition Round-Up: Hugo Pratt in Lyon and Peyo in Paris 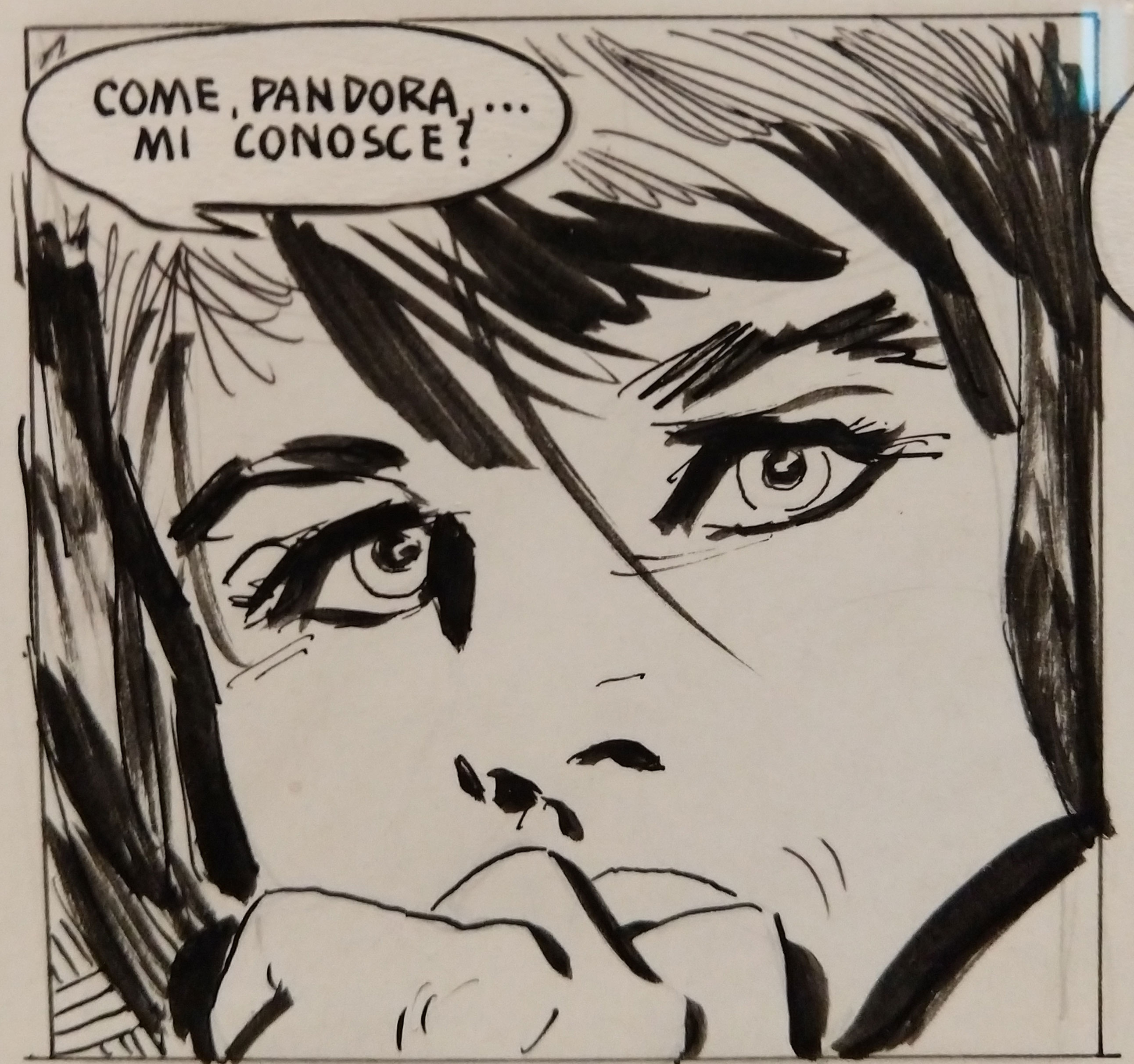 I was recently had the good fortune to be able to vacation in France while the big Hugo Pratt exhibition was going on in Lyon. I also saw (but nearly didn’t–more on that later) a Peyo show in Paris. By way of making sure I don’t come across as a complete comics-obsessive, I just want to point out that I was in France for five nights and did tons of stuff totally unrelated to comics.. but if you’re here reading this, it’s for the comics stuff.  So here goes:

My first encounter with the “ninth art,” happened almost literally the moment I got off the plane. Here’s one of the parking deck signs at the Charles de Gaulle airport: I spent all but one day of my visit in Paris and even while just sight-seeing I spotted some interesting comics-related stuff. For example, here’s a newsstand-like thing I encountered just outside Île de la Cité. On sale were tons of children’s books and comics. I meant to go back and buy this French-language Astro Boy book but I forgot. I was surprised to find tons of 90’s Marvel reprints in the racks. They’re in French (obviously), about the trim size of a U.S. comic book, but maybe three times as long.  Naturally, while in Paris I visited some of the city’s great comics shops. This was my first visit to Aaapoum Bapoum, a shop in the Latin Quarter. Most of this shop’s inventory is used BD, which is something I’ve not seen in many other shops. It’s organized by title rather than author, which made it a bit daunting for someone like me who has particular favorite French cartoonists, but who’s without encyclopedic knowledge of the many, many titles published. It’s a fantastic shop, though. I could have spent hours digging through their stock of used BD.   I then wandered over to the Marais to visit my absolute favorite comics shop in Paris, Librairie Les Super Héros. Despite the misleading name, this place has the most amazing selection of new French comics around. Fortunately(?) I didn’t have a whole lot of money to blow on books, so I was able to escape from here having bought only four or five. If you ever find yourself in Paris and you have time for one comics shop only, this is the one I’d recommend for current books. On my way back out of the Marais I walked by a watch shop that had this great display of Tintin watches. Some day I’m gonna buy some of these beautiful Tintin figurines… but that day will have to be the day I win the lottery because they’re crazy expensive.  Side note: I’d heard that La planète dessin is an excellent shop as well, but it wasn’t open the day that I was in its neighborhood. I did, though, later just happen by a regular book store that had this great monochromatic window display of kids’ books:    They (I can’t remember the name of the place or even where it was now!) had a great comics section and I bought one of those big broadsheet Jacques Tardi Nestor Burma comics there. It’s worth noting that even “regular” book stores in Paris usually have great comics sections–and new comics releases are just displayed among the new release prose books. Here’s my haul–from various days in the city and from various shops: 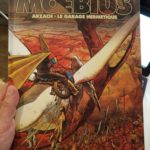 Combined edition of Arzach and Airtight Garage from Moebius. We so need an English edition of this. 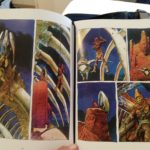 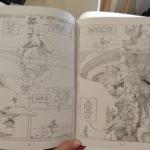 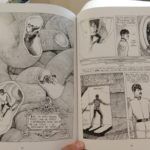 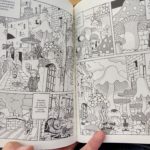 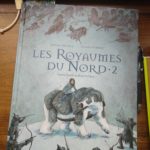 Volume II of the comics adaptation of The Golden Compass. 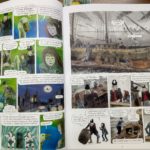 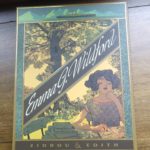 This is coming out in English soon from Titan, I believe. 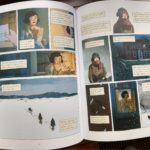 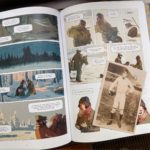 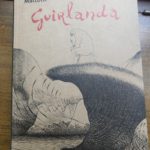 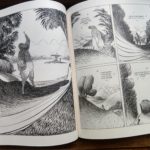 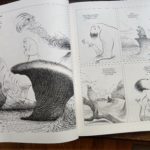 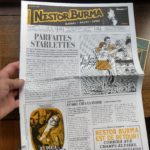 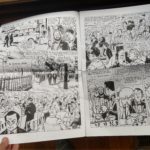 Next: To Lyon for the Pratt exhibit!